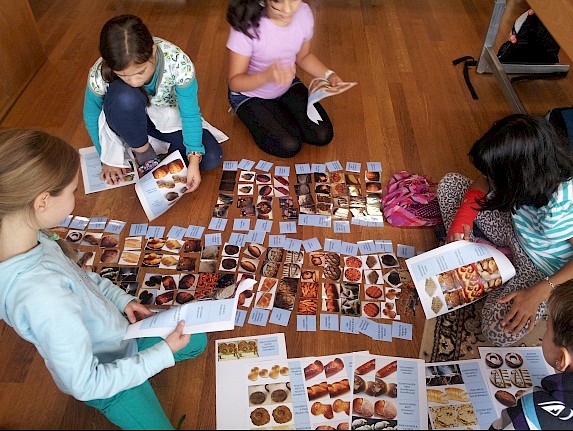 Bread - since always ... and everywhere

In 2013, the project "Bread - since always ... and everywhere" won the "tête-à-tête" competition of the canton of Bern, which rewards innovative mediation projects between cultural actors and schools. It was aimed in particular at classes with pupils from different backgrounds. By choosing a "transcultural" object, such as bread, which has been produced for thousands of years, the pupils were able to relive the traditional production processes from prehistoric times to the present day, as well as the associated rituals, by means of role-playing. This project allowed for greater social cohesion in a heterogeneous class based on the children's recognition of historical and ethnological links to their origins. This project was carried out with a class from the Champagne primary school in Biel, between 2013 and 2014, in collaboration with the teacher and actress Isabelle Freymond.