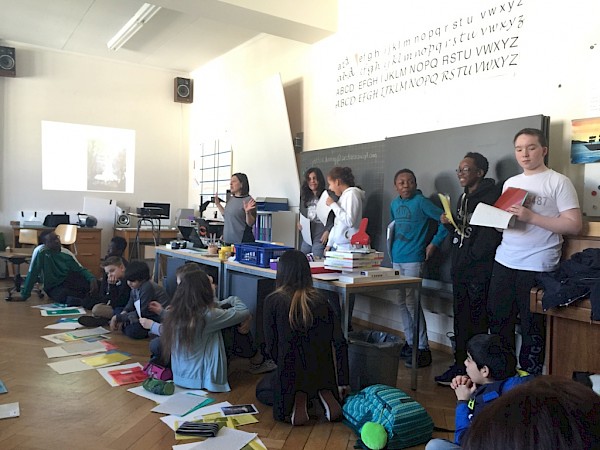 In November 2014, ArchaeoConcept proposed a third project to the "tête-à-tête" programme of the Cantonal Office of Culture in Bern entitled "Découvrir le passé de la ville dans le quotidien / Entdeckung der Vergangenheit der Stadt im Alltag". The aim of this project is to provide two classes (one German-speaking and one French-speaking) with tools to understand the built heritage in their neighbourhood and on their way to school. Although we did not receive a grant for the "tête-à-tête" programme, the Cantonal Office of Culture in Bern agreed to finance the project through its "Fonds Culturel". In addition, we received funding from the city of Biel and the Vinetum Foundation. As a result, the programme was able to start in autumn 2015 in two classrooms of the Marché-Neuf in Biel and continue throughout the year until the summer holidays of 2016.

In the spring semester of 2016, the students were able to put their acquired knowledge into practice. Each student was assigned a monument. He or she then had to carry out research on this building, the results of which were compiled on a personal "heritage sheet". Following this research, they wrote a text about their building and drew it. Finally, the project was concluded with a bilingual exhibition at the New Museum Biel (NMB) and the creation of a city guide based on the compilation of the heritage cards.