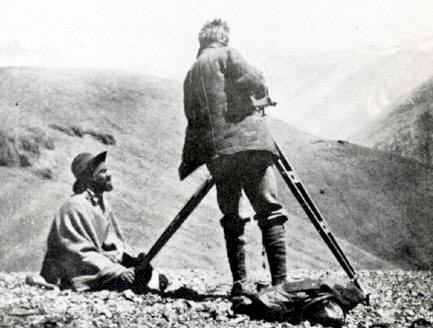 As Cynthia Dunning Thierstein is in possession of the material archives from the exploration trips to the western part of Argentina of Robert Helbling (1874-1954), Swiss geologist, geographer and cartographer, ArchaeoConcept initiated and participated in the design of the temporary exhibition "Mapping Aconcagua" for the Swiss Alpine Museum in Bern (December 2013 to April 2014). This exhibition traced the scientific work of Helbling, who was the first to map the Andean region south of Aconcagua in the early 20th century.