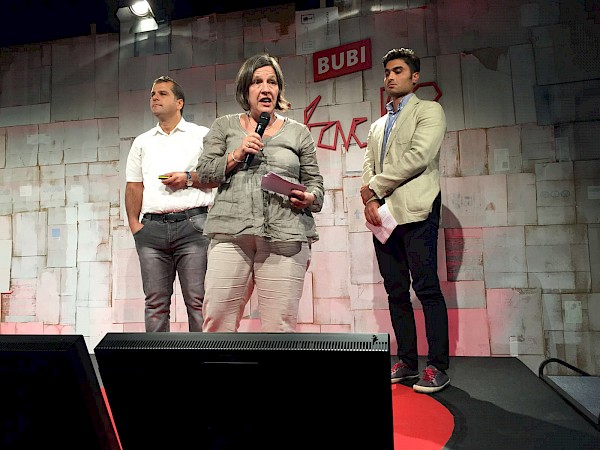 TEDx Bern : a TEDx talk on Syria "Preparing for a Time After War"

TED (Technology, Entertainment and Design, founded in 1984) conferences aim to disseminate new ideas around the world in a simple language that is accessible to everyone, even on complex subjects. The TEDx events are based on the same principle, but are organised independently. TEDx Bern has existed since 2012 and organises an event every two years. The 2016 event took place on 7 September on the Gurten and had the general theme "Bubi Eifach?". The aim was to talk about actions that at first glance would appear to be child's play, but which in reality hide much more work and perseverance. The topics covered were extremely different, but all conveyed positive ideas and practices for shaping a more equitable, respectful and challenging world of the future. Cynthia Dunning Thierstein was invited to give a lecture together with two Syrian colleagues, Mohammed Alkhalid and Mohammad Fahrko, on the subject of the destruction of heritage in Syria and on the international Shirin organisation, whose Swiss branch had been founded the previous year. The conference was very well received by the over 400 members of the audience.