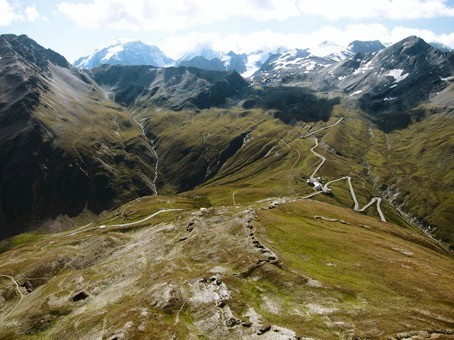 Site of the monthDiscover Switzerland’s unknown past throughout the year

The idea for the Site of the Month project was born in 2012 and developed mainly during 2013. In 2014, the project proposal was finalised, partnerships forged and funding secured. The official launch of the project took place in June 2015 with a press conference on the site of Le Banné in the Jura.

Since June 2015, ArchaeoConcept and ArchaeoTourism have been promoting one archaeological site per month in different regions of Switzerland. This project promoted little-known archaeological sites as a viable tourism product throughout Switzerland. Another objective was the collaboration between archaeologists and tourism specialists for the promotion of a site in their region. At the same time, ArchaeoConcept set up a multilingual website (French, German, Italian and English) presenting the "sites of the month" and the proposed activities: https://www.site-of-the-month.ch/ .The page is accompanied by a Facebook group to post impressions and feedback from participants as well as photos taken on the "Site of the Month". A Twitter account allows regular updates on the website. Some sites also offer 3-D printing of objects. In addition, the traditional flyers have been replaced by a series of 12 postcards of the highlighted sites: the Banné excavation (Porrentruy, Jura), the Steigelfadbalm cave (Vitznau, Lucerne), the Umbrail fortifications (Val Müstair, Graubünden), the Pully Roman villa (Pully, Vaud), the Arlesheim Hermitage (Arlesheim, Basel-Landschaft), the Castrum of Yverdon-les-Bains (Yverdon-les-Bains, Vaud), the Laténium (Hauterive, Neuchâtel), the Pfyn Transitory Museum (Pfyn, Thurgau), the Bioggio archaeological site (Bioggio, Ticino), the Sion burial sites (Sion, Valais), the Château de Rouelbeau (Meinier, Geneva) and the Weissenburg Baths (Simmental, Bern). Also, the Site of the Month was presented at the 2015 Tourism Milestone and the 2016 Heritage in Motion Awards.