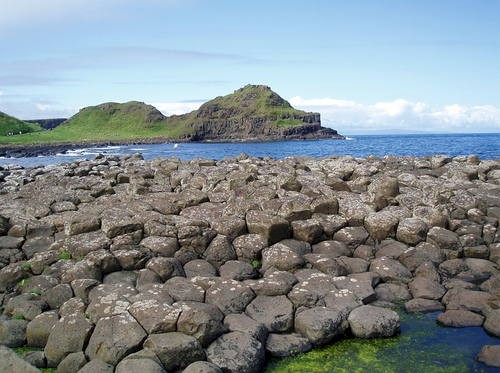 Giant’s Causeway (Northern Ireland, Great Britain)Call for projects for the implementation of a sustainable management system

In October 2018, ArchaeoConcept participated in a call for research projects to develop a sustainable management system for the Giant's Causeway site (Northern Ireland). This site of major geological importance, classified as a UNESCO World Heritage Site in 1986 and as a National Nature Reserve in 1987 by the Northern Ireland Department of the Environment, is composed of approximately 40,000 basalt columns. The massive use of the site, with one million visitors in 2018, has resulted in a deterioration of the materiality of the site itself, but also of the visitor's experience. This led to the need for in-depth research into the impacts of tourism, launched by the National Trust, a private organisation and the main manager of the site. The call for projects was based on four research modules. ArchaeoConcept offered its expertise for two sections: mass tourism management in relation to communities and the tourist experience. Due to their complexity, the research themes dealing with the relationship of local communities to the site and the National Trust were ultimately left out of the action plan of this organisation. As a result, the project could not be carried out, despite the enthusiasm of the evaluators for the ArchaeoConcept proposal.