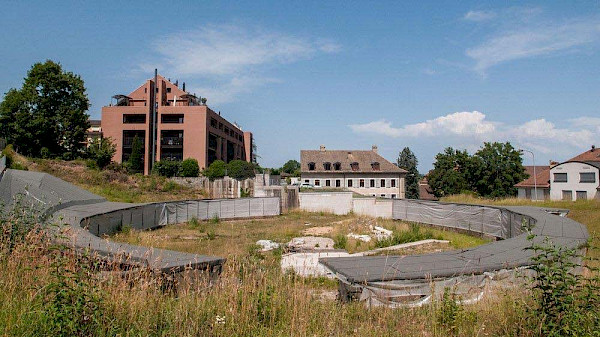 Setting up the content for the scenography competition of the Nyon amphitheatre (Vaud, Switzerland)

The Roman amphitheatre in Nyon was discovered during construction work in 1996 and has since aroused great enthusiasm among the people of Nyon. The city of Nyon, the canton of Vaud and the Confederation participated in the purchase of the land on which the remains are located. However, the site remains inaccessible to the public to this day. In 2001, an architectural competition was organised and won by the Vaud architect Bernard Pahud (Jules project). In order for this project to be realised, the town of Nyon had to draw up a neighbourhood plan. The Jules project had to be considerably remodeled (Jules II project).Twenty years after the first project, the city of Nyon launched a participatory consultation process, opening the site to the public for a few days and organising workshops to gather the opinions of experts and the general public for the development of the Nyon amphitheatre. Following these consultations, the town of Nyon established a set of specifications to enable the objectives defined following the Jules II project to be implemented. It is within this framework that ArchaeoConcept was mandated by the city of Nyon to coordinate the definition of a vision and a content that should be the object of a scenography on the site of the amphitheatre of Nyon and the setting up of a competition for this scenography.