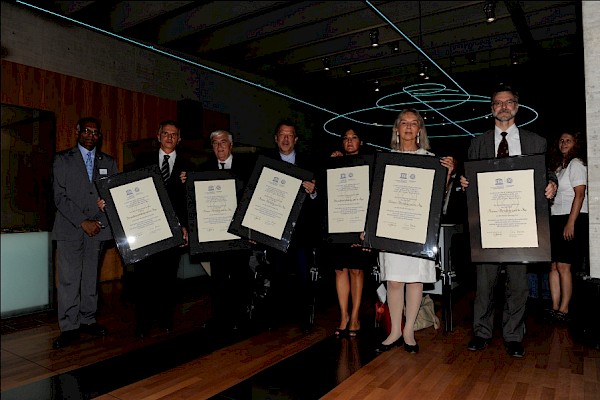 At the request of the Swiss Federal Office of Culture (FOC) and the association Palafittes, ArchaeoConcept organised the official ceremony of the inscription of the "Prehistoric Pile-dwellings around the Alps" to the UNESCO World Heritage List, which took place in September 2011 at the Laténium Museum in Neuchâtel. It was attended by the Director of the UNESCO World Heritage Centre in Paris (K. Rao) and representatives of the six nominating countries, namely Switzerland (D. Burkhalter), France (B. Boisson-St. Martin), Italy (R. Poggiani Keller), Germany (O. Schneider), Austria (H. P. Manz) and Slovenia (B. Grobovsek).