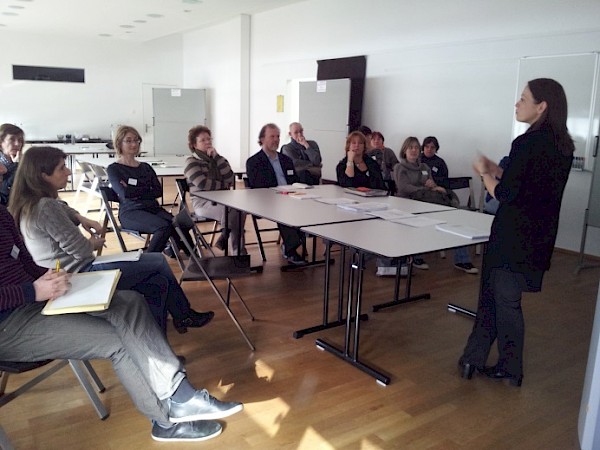 The European project of the Europae Archaeologiae Consilium (EAC) consisting of the publication of a manual of standards for the setting up, preparation, archiving and conservation of archaeological documentation and objects was launched in 2012. The Core Standards were validated in January 2013.

Two workshops were held at the Federal Office of Culture in Bern on 1 and 15 March 2013, in bilingual French and German, to collect the information needed for the applied standards. The results of these workshops, translated into English, contributed to the development of the ARCHES applied standards. At the same time, a questionnaire was sent to the cantonal archaeological services.

The Swiss Committee for Archaeological Archives subsequently discussed the structure and content of a Swiss publication.